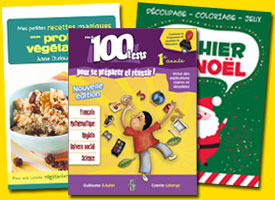 TC Media (formerly Transcontinental Media) has acquired Les Éditions Caractère, a provider in the supplemental educational publishing market in Quebec. This transaction, combined with the company’s existing holdings, will make TC Media the top player in the province’s supplemental educational publishing market.
In addition to Les Éditions Caractère’s supplemental collections, which include bestsellers such as Toute mon année, Les Incollables, Réussir son examen d’admission au secondaire and Plus de 30 tests pour réussir, the publishing house has a significant catalogue of general interest books. This catalogue complements the titles published by Les Éditions Transcontinental and is included in the acquisition.
TC Media will regroup Chenelière Éducation, Les Éditions Caractère, Les Éditions Transcontinental and its distribution operations under a new Book group, led by Jacques Rochefort.
“Given its expertise and unique network, both in commercial terms and in editorial content, Les Éditions Caractère is the acknowledged leader in the supplemental publishing market in Québec,” said Jacques Rochefort, Senior Vice President, Book group of TC Media and President and CEO of Chenelière Éducation. “We are proud to continue the company’s operations with the help of its senior executives, Marc and Alain Laberge, who have more than 25 years of experience in the book industry and will be bringing their expertise to our team of professionals.”
Advertisement
Print this page